Senior Consultant Nancy Sutton reflects on her experience at the ITA Fall 2017 Collaborative.

I had the opportunity to attend the ITA Fall 2017 Collaborative earlier this month in Salt Lake City. It was an amazing experience filled with networking, a full agenda of sessions, and great takeaways. 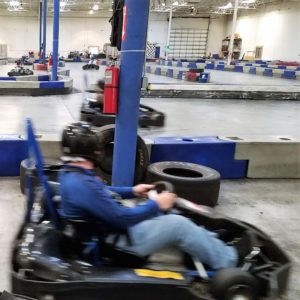 The ITA is an independent, membership association of leading mid-market technology professionals, consultants, and product/service providers in North America. It’s a place where independent thinking and alternative points of view are openly promoted and respected.

Upon my return, what do I remember most? What do I want to be certain to share?

1. You don’t have to carry a tune to be a rock star in your profession. I had the honor to present with a panel of women that are absolute rock stars in our industry at the Women in Leadership Interest Group.

We discussed a study by LeanIn.org & McKinsey & Company, Women in the Workplace 2017 that explores the experiences regarding gender, opportunity, career, and work-life issues women face in the workforce.

The top-cited concern was too much stress and pressure for women regarding work-life balance. This leads to a more difficult path to leadership for women than men.

What can women seeking a leadership role do to help them on their path?
- Nurture your entrepreneurial spirit
- Have a role model
- Hone your leadership skills
- Believe in yourself
- Sharpen your business skills
- Be a mentor

2. It’s better to be skunked than to sit out. Our fun “team building activity” of snowmobiling got cancelled due to lack of snow (being from the south this was not an issue for me) and the alternative activity was indoor go kart racing.

Our group was split into two sets – those that were looking for serious competition and those that wanted to just have fun. I fell into the latter.

First time on the track, I was so nervous. As I was winding my way around the track and hairpin turns, I was surprised at how difficult it was to steer the cart. I tried to remember the rules of when to step on the gas - was it into the turn or pulling out? As I’m from NASCAR country this was supposed to be second nature for me.

It was fun, but I found myself second guessing every move I made... after the first round I planned to sit out the remainder of the runs. But as the time approached, I decided to just go for it. And it paid off!

Everyone agreed, I was much more aggressive on the second round: I ended up being 11 out of 11 but I made it to the final race. Now, I had to compete with the folks that were serious. OH. MY. WORD. What fun!

When they announced the name for the first trophy I shouted my victory... then I read the trophy, “Skunked at Go Karts” – that’s right I got skunked in the last race. But I learned a valuable lesson, I would rather be in on the fun and be skunked than sit on the sidelines and miss out.