The Oasis Team volunteers at the Ken-Ducky Derby

Despite the torrential rain, and gusty winds, the Oasis team volunteers would not be thwarted from volunteering at Harbor House's 13th Annual Ken-Ducky Derby. 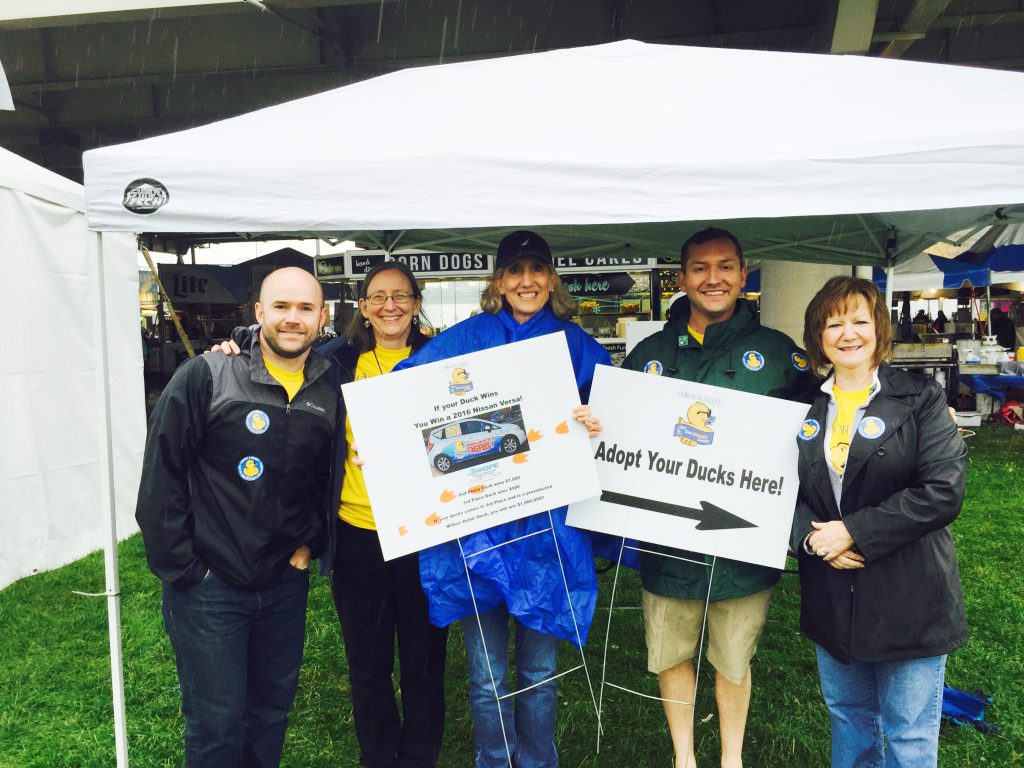 Fueled by a little friendly competition among work mates, and persistence to push through the stormy weather, the Oasis team was able to come out on top for duck sales. In a boys vs. girls style of competition Oasis divided into to two teams. The ladies made up the Whine, Cheese, and Quackers, and the gents filled out the Dapper Drakes. Although the crowd was thin due to weather, many supporters still managed to make the Ken-Ducky Derby a success.

For instance, coinciding with the Kentucky Derby Festival Marathon & mini-Marathon, many of those purchasing ducks were runners. Dee Dee Crotty, Oasis Client Experience Manager, shares this story about the generous nature of one particular runner:

"A runner that had recently completed the marathon kept walking past the booth, when I finally initiated a conversation with him, and asked if he would be interested in purchasing a duck. However, he didn't have any cash, only a credit card. So, in order to accept a credit card you have to fill out a form. Well the rain was coming down so hard that he could barely get anything on the form. He ended up having to fill out three different forms, and purchased five ducks. I thought it was incredible how he persevered past the aggravation and frustration to get that form filled out, and to make sure he could get the ducks."

While many of the Oasis employee's made duck purchases themselves, no one won the grand prize. However, that did not matter since everyone came out a winner that participated in this philanthropic activity.